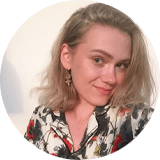 “I have heard and noticed that here in Herning area there’s a lot companies concentrating on pattern and fashion design, which offers a lot of possibilities for internships and jobs during and after studies.”

I am Alisa, I come from Finland, and I am a 24 year old Fashion Design student at VIA University College.

What were your considerations when you chose what to study?

My dream to become a fashion designer and have my own company. Also having an international study environment and
networking was something I was keeping in mind when choosing my studies.

What was most important to you in the process?

Not to move too far from my home country, which is Finland. I was very interested in Danish culture, because I had been reading
about it and fell in love with the atmosphere when visiting Copenhagen. The culture seemed new and fresh, but still somehow
similar to other nordic countries. So both new and familiar things wrapped in one country.

What does the city of Herning offer international students?

Before corona there was a lot of events where international students were also welcome. People speak well English in Herning in general, but it is definitely an advantage to speak Danish, which makes integrating to the society easier. I have also heard that international students do get a job in several different places, and companies in the Herning area appreciate knowledge in languages
in addition to Danish.

How do you meet new people?

In parties and through classmates. I also attended to the Lærdansk Danish courses, where I met many international people. Meeting new Danish people around Herning was quite challenging in the beginning, because Danish students prefered to stay with other
Danish speaking people, which meant that the international students needed often be the ones, who make the first interaction or move.

How is the study enviroment here?

Productive and motivating. I feel like you get a lot of inspiration from classmates and other students. I also feel like we get a lot of encouragement to be creative and work as hard as we can.

How do you experience collaborations between education and companies?

I don’t have a student job, because I get study support from Finland. But what I have learned from others is that sometimes through internships you are able to land a job. In addition I have heard that some people with good language skills can work as translators, for example if you know Finnish, there are some companies in need of people with that skill.

What are you career dreams?

At the moment, to have my own company at some point, which concentrates to sustainability in fashion industry, secondhand and deadstock material use. I would like to have the company here in Denmark.

What do you get here, that you don´t get anywhere else?

Comparing to bigger cities, I feel like Herning is a safe place to live. It is not too big or not too small. The connections with train
and other public transportations makes it easy to visit a lot of cities here in Denmark. And also VIA University feels like a one
of a kind school!

What is Herning’s biggest strength?

The amount of international students and people, it makes the city more diverse and thanks to the schools there are more young
people around here than there otherwise would be. Also the location of Herning in Midtjylland is a strength, because it makes moving around the country easier. Lastly I have heard and noticed that here in Herning area there’s a lot companies concentrating on pattern and fashion design, which offers a lot of possibilities for internships and jobs during and after studies.

Can you imagine getting a job here and staying in area?

I have been thinking of applying for an internship here in Midtjylland area and I am also planning to stay in Denmark. An opportunity I have been considering is also to get an education in fashion design at masters level, but I’ll have to see where that would that be possible. Working here in the area could be a possibility during studies and maybe after as well, although I think my personality suits better to a bigger city, like Århus, Odense or Copenhagen. 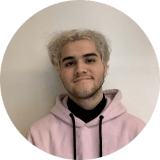 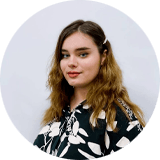 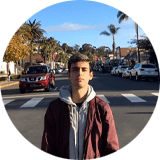 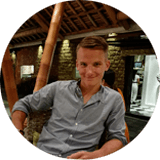 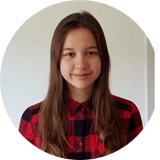