In the afternoon we will compete in the park, in the evening there will be an amazing concert. If you are a student in Herning, join #studentcup. You and your team will compete with other students in four different disciplines. No special talents are required – everyone can participate. Join with a team of 5 people – and remember to bring your own choir of supporters and moral backing group. ?? ? ??

Keep an eye on our event on Facebook and @studentcupherning on Instagram for updates and further information. ??

13:00 – 13:30
Registration of teams at the tournament desk
Official welcome

Tournament in the disciplines:

Other activities (outside tournament):

There are toilets, food trucks, bar and hang-out places in the park. 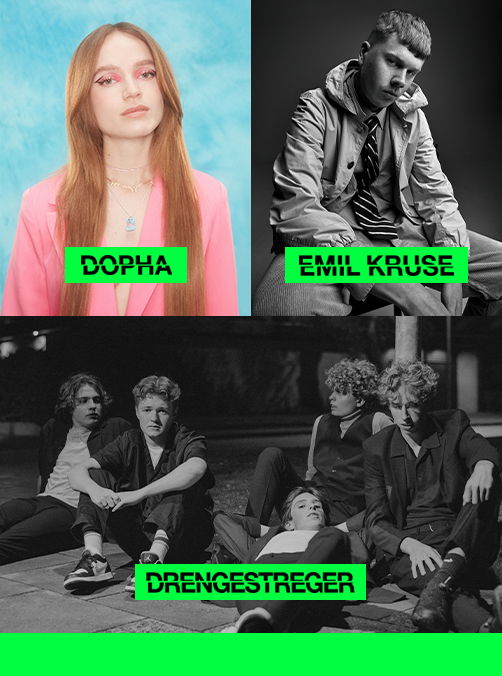 Dopha: Plays melancholic pop/rock with a raw sound image. She is known from Danish radio and achieved great reviews for her performances at this year’s Northside and Roskilde Festival.

Drengestreger: is a brand new, highly energitic Danish-language pop/rock band. They write music that is made to be experienced live and that makes you want to jump and dance the night away. Drengestreger has signed with Sony Music and consists of 5 young guyes from Herning.

Emil Kruse: is unique on the Danish hip-hop scene with his very own hip-hop style, which is pop, house-inspired and lyrically motivated hip-hop. His next album will be released in autumn 2022.

THE CONCERT IS FREE OF CHARGE AND PUBLIC, SO BRING ALONG YOUR FRIENDS.

Deadline for signing up a team is 14. September at 4 pm. Do you miss team members? Send an email to uddannelsesby@herning.dk 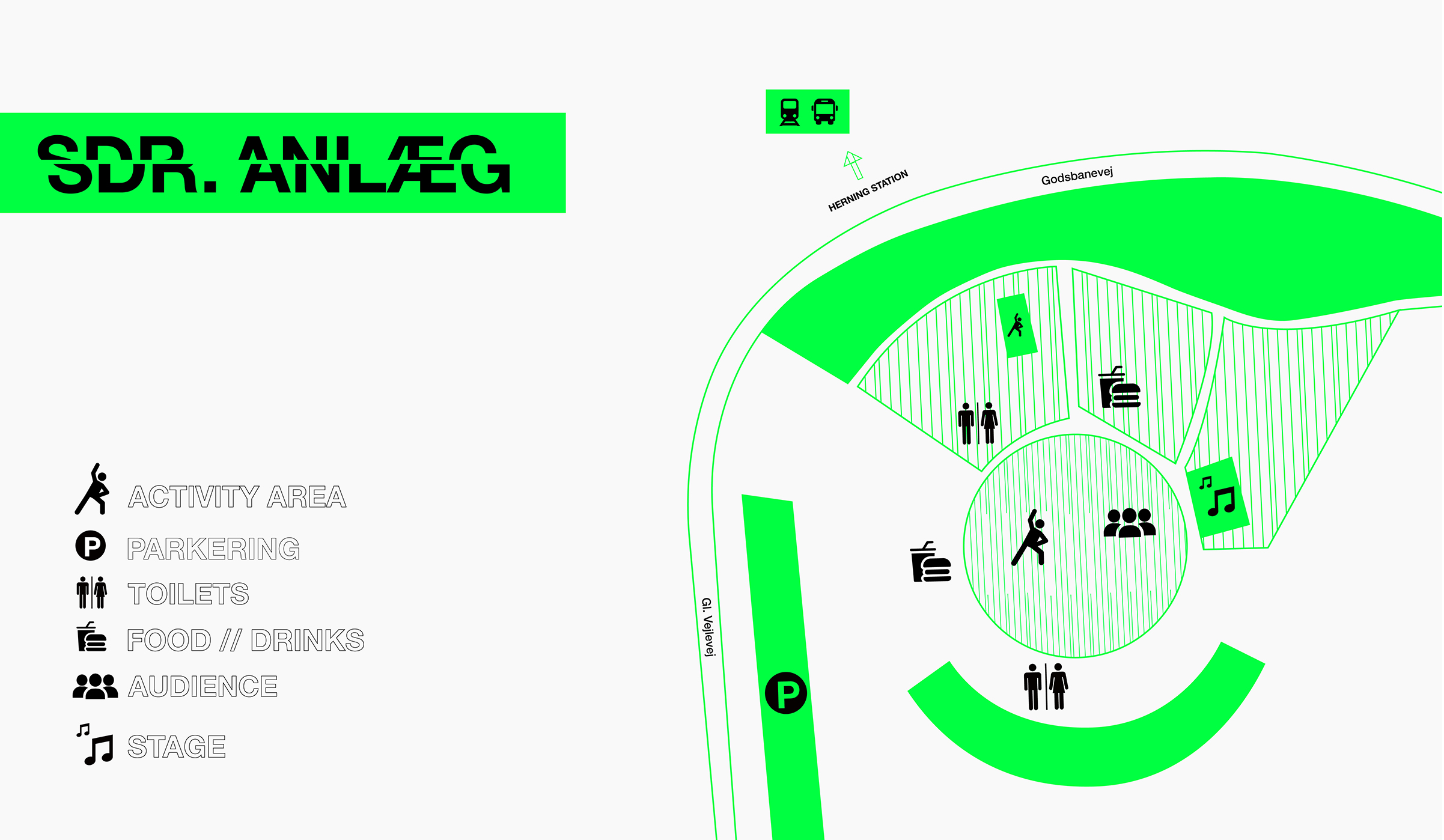 To participate in the tournament at Student Cup Herning in the four disciplines, you need to register a team of 5 people. You register by clicking “Sign up here” on the page studentcupherning.dk

It does not require registration to enter Sdr. Anlæg during the event, neither in the afternoon nor for the concert in the evening.

If you are missing one or more participants for a team, you can send an email to uddannelsesby@herning.dk and we will help put together more teams.

For the Student Cup tournament and the activities in the afternoon – all students in the vocational educations and the higher educations in Herning are welcome. That is, from the schools Aarhus University in Herning, VIA University College, Erhvervsakademi MidtVest, Herningsholm Erhvervsskole and Social- og Sundhedsskolen Midt og Vestjylland. Students on these programs are also welcome to bring friends. To register a team, there must be min. one participant from one of the 5 schools.

The concert in the evening is publicly available to all.

Is the event free?

Yes, the event is free of charge. The price for registering a team of 5 people is 125 DKK but this includes 5 beer / beverage tickets. In the park you can also buy food and drinks at good prices.

Is food and drinks included?

Only the beer / beverage tickets you get if you buy a team ticket is included. You can buy various types of food and drinks in the park. There will be a bar and a few different food stations / food trucks.

Is it allowed to bring your own drinks?

Should one be dressed up?

You are welcome to do so! But you do not need it. There are great prizes at stake for the best dressed teams!

What can you win?

The prizes have not been announced yet, but we can tell you that a lot of shops and companies in Herning have sponsored cool prizes.

If you are missing one or more participants for a team, you can send an email to menntelsesby@herning.dk and we will help put together more teams.

Is there a possibility of parking?

All students in the vocational educations and the higher educations in Herning are invited! That is, from the schools Aarhus University in Herning, VIA University College, Erhvervsakademi MidtVest, Herningsholm Erhvervsskole and Social- og Sundhedsskolen Midt og Vestjylland. Students on these programs are also welcome to bring friends. The concert taking place in the evening is open to everyone.

Which artists are playing?

Dopha is the first name that has been announced for the concert. During August, two additional concert names will be announced.

Who is behind the Student Cup Herning?

A group of students has been responsible for designing the event in collaboration with Herning Municipality and Herning Sports Council, which also together with the educational institutions make the financial framework available. And it is you students who fill them out! Fermaten has assisted with booking music.

You are very welcome to join as a team supporter and hang out in the park.

But just consider whether or not you should be on a team. It will be fun!

Are there tables and chairs?

Yes, there will be areas with tables, chairs, beanbag chairs, etc. – but in limited numbers, so it can also be a good idea to bring a rug.

Are there other activities?

How do I get from my school to Sdr. Anlæg?

Shuttle buses will be arranged from Birk Centerpark and Lillelundvej to Sdr. Anlæg between 12 and 1 pm. Further information will follow.